During online socializing, for example, when you are chatting with your friends or classmates online, or share your own feelings on social media platforms like Facebook, Twitter, etc., you may probably want to use some funny meme for better express your feelings. Recently, a woman and a cat went so popular on social media platforms. We call it Woman Yelling at Cat memes. Today, we'd like to share with you an easy to use Woman Yelling at Cat memes generator. Actually, it can be used to edit more memes. You should really have a look.

Part 1 - What Is Woman Yelling at Cat Meme?

Part 1 - What Is Woman Yelling at Cat Meme?

The woman is playing a character in a TV program, which is The Real Housewives of Beverly Hills. During this scene, the character Taylor Armstrong is crying and her mind is breaking down. She is so exciting and doing the pointing. The one standing behind Taylor and holding her is her castmate, whose name is Kyle Richards.

Besides, the cat comes from the TV program actually. This cat just became popular after mid-2019. Originally, a user of Tumblr, whose user name is deadbeforedeath posted the image of the cat on social media platform Tumblr, with an interesting title "he no like vegetables". Then another Instagram account reposted this image, so the cat quickly became a little celebrity.

When users combined these two images together and edited dialogues on the images, the meme just became so popular and widely used then. Today, there are still many people who would use this Women Yelling at Cat meme while chatting using social media platforms online. 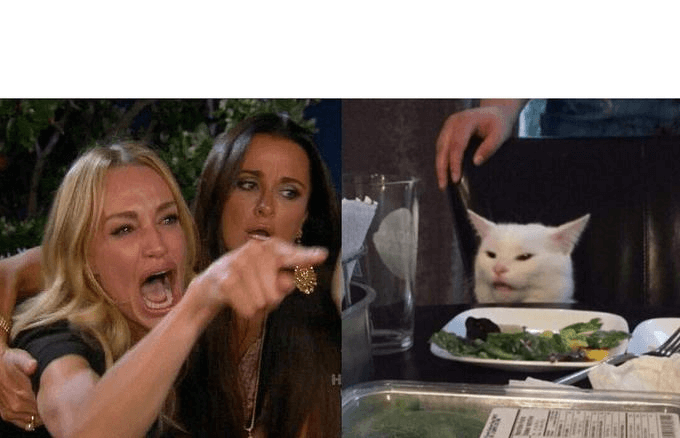 Step 1. Go to this Woman Yelling at Cat Meme Generator in your web browser. When you are on the platform, you will see that the generator has prepared a place for you to add words and sentences to. 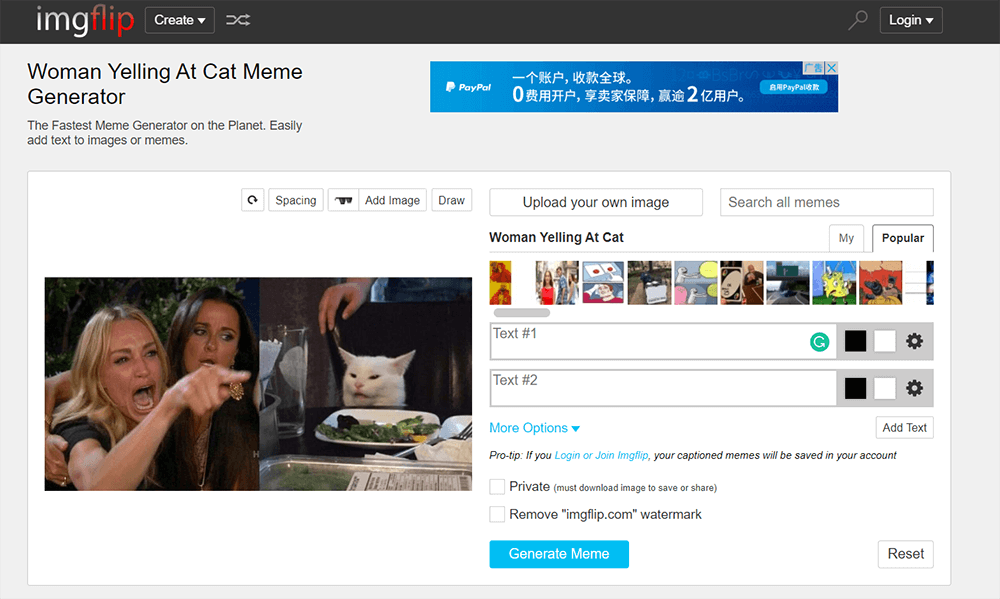 Step 2. Now, you can type the text you want to add to the meme according to your thoughts. When you add the text, the content will appear on the meme immediately.

Step 3. You can change the settings of the text by clicking on the setting icon located next to the text color. Font type, font size, shadow/outline width, text-align, and vertical-align can all be adjusted here randomly, just to your needs. 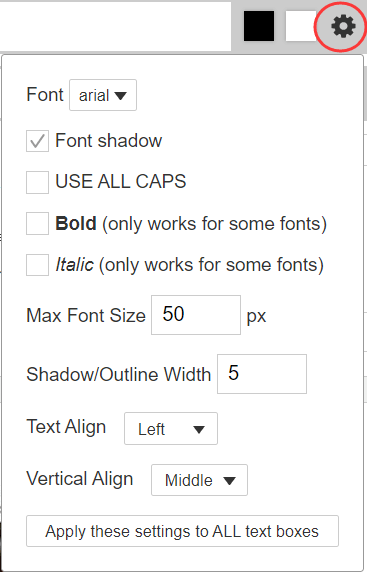 Step 4. When you finish editing the text, directly click "Generate Meme" and you can share or save the created Lady Yelling at Cat meme according to your need. Just by opening the link of the meme in a new window, then right-click on the meme and you can save it in PNG format to your desktop. 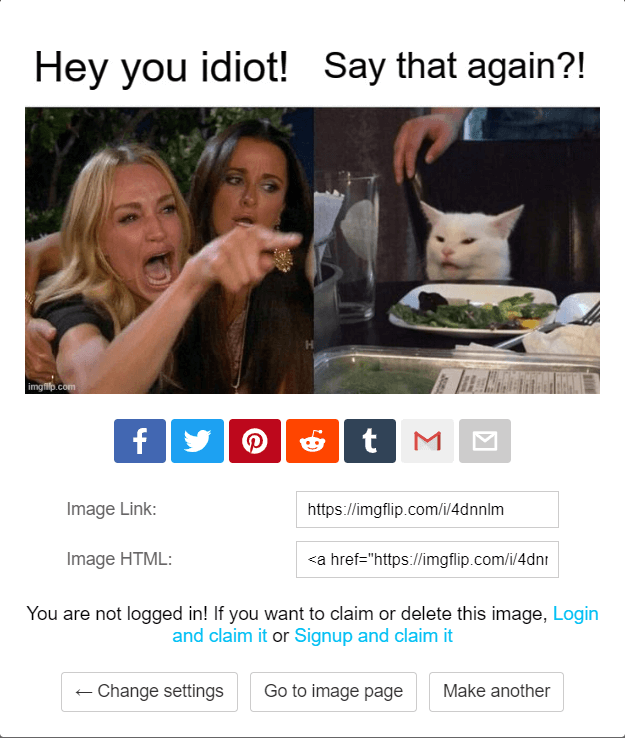 This generator can not only edit Lady Yelling at Cat meme but also help to create other memes that users need. It is simple to use. But two inconvenience of this tool should be that, first, it can not edit the Woman Yelling at Cat meme that is in PDF format; second, the image it creates has a watermark. Don't worry! Continue on moving to the next tutorial now.

Some people may have saved or created the Lady Yelling at Cat Meme in PDF format before because PDF has a better visual effect and can present the picture to be much clearer. So you can directly use EasePDF's Edit PDF tool to edit the meme, and then convert the PDF Woman Yelling at Cat meme to more formats, try EasePDF, a free PDF converter to help.

Here I will show you a brief tutorial on how to edit as well as convert PDF Woman Yelling at Cat meme to more formats.

Step 1. Go to EasePDF and then choose "Edit PDF" under the "All PDF Tools" menu.

Step 2. Click the "Add File(s)" button to input the Woman Yelling at Cat blank meme to the tool, and then add the words to it according to your thoughts. When the edit is completed, click "Save PDF".

Step 3. Download the edited Woman Yelling at Cat meme by pressing the "Download" icon. Now, according to what image format you like, choose the corresponding converter under the "All PDF Tools" menu. Here I will show you PDF to JPG converter as an example.

Step 4. Also, you should hit the "Add File(s)" button to add the edited Woman Yelling at Cat meme to the converter.

Step 5. The moment you add the file, EasePDF just begins to convert it to JPG format to you! Then you only need to wait for the conversion done and download the Woman Yelling at Cat meme in JPG format.

Using memes to communicate online is not a new thing anymore. As people rely on social media platforms more heavily than ever before, many funny and ridiculous memes as well as stickers have appeared and become people's tools to entertain, and also interact with each other. Surprisingly, communicate in such a way can really help boost socialize and many of your online chatting with friends to be more interesting. This is also why there are more and more memes appeared, and will continuously boost in the future.