Have you ever seen a novel that is scarier than a thriller? Next, we will introduce this book that is even creepier than thrillers, which may surprise you. It is the book 1984 which written by the famous British writer George Orwell. It is an outstanding political fable and also a fantasy novel.

Many readers should have known that totalitarianism is the theme of the masterpiece of 20th-century literature. However, after reading it, you will find that this is a book that cannot be summarized simply by a certain type. Any form of the summary will lose the taste of the original. Everyone who has experienced or is familiar with such historical events will have a shocking sense of fit after reading the 1984 book. It is like a bright label, it warns people not to make this prophetic darkness become reality. 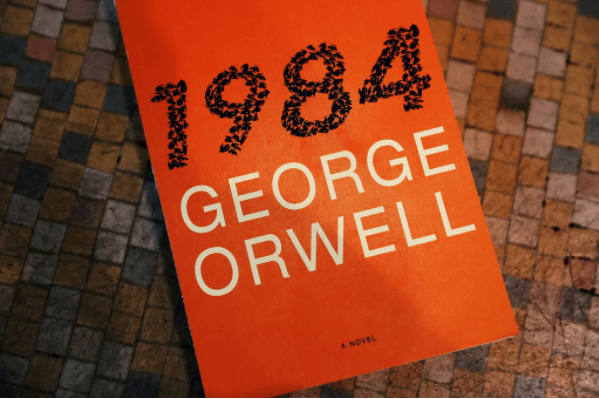 The 1984 book was created in 1948. In this work, George Orwell portrays the state of human existence in a totalitarian society. It is like a never-fading warning label, warning the world to guard against this envisioned darkness becoming a reality. After decades, its vitality has become stronger. So this book is known as one of the most influential classics of the 20th century. The publication of 1984 had a profound impact on the world. The work was selected as a must-read list for middle school students in many countries, translated into 62 languages, and sold more than 50 million copies.

The story in 1984 book takes place in an imaginable future, the year 1984. At that time, many parts of the world had become victims of permanent wars, ubiquitous government surveillance, historical denialism, and propaganda. Known as "Airstrip One", Britain has become a province of a totalitarian super-state called Oceania, which is governed by a party that employs thought police to persecute individuality and independent thought. Big Brother, the leader of the Party, enjoys an intense cult of personality despite the fact that he may not even exist. The protagonist, Winston Smith, is a diligent and skillful rank-and-file worker and Party member who secretly hates the Party and dreams of rebellion. He enters into a forbidden relationship with a colleague, Julia, and starts to remember what life was like before the Party came to power.

The Story Behind the Creation of 1984

George Orwell conceived the theme of 1984 as early as 1944, but he started writing in 1947. By 1948, he had completed this work on Jura Island in Scotland under the trouble of tuberculosis. In the meantime, due to the deterioration of the disease, George Orwell was hospitalized in September 1947 and interrupted his creation. At the end of 1948, the final draft was sent to the publishing house and published in June of the following year.

The original title of the novel 1984 was called The Last Man in Europe. But when it was published in 1948, the publisher hoped that George Orwell could change the book's name. Although George Orwell was reluctant, he eventually changed the title to "1984". There are many different opinions on the origin of the title. Some people think it is because the author reversed the year of creation in 1948. There is also a saying that the name 1984 is taken from the poem The End of the Century 1984 by the author's wife. However, these are all speculations. What was the source of inspiration for the real name change is still unknown.

George Orwell (1903-1950), a famous British writer. As a writer, Orwell produced literary criticism and poetry, fiction and polemical journalism; and is best known for the allegorical novella Animal Farm (1945) and the dystopian novel Nineteen Eighty-Four (1949).

George Orwell was born in India in 1903. In 1907, his family moved back to the United Kingdom. However, due to economic reasons, he was unable to further his studies and was forced to leave Burma to join the Imperial Police Force. In the end, he resigned from public office because he was obsessed with writing. Then he returned to Europe and went to exile in London, Paris, etc. While deeply experiencing the life of the lower class, he engaged in literary creation and published many works.

Regrettably, George Orwell died of lung disease in 1950 at the age of 47. 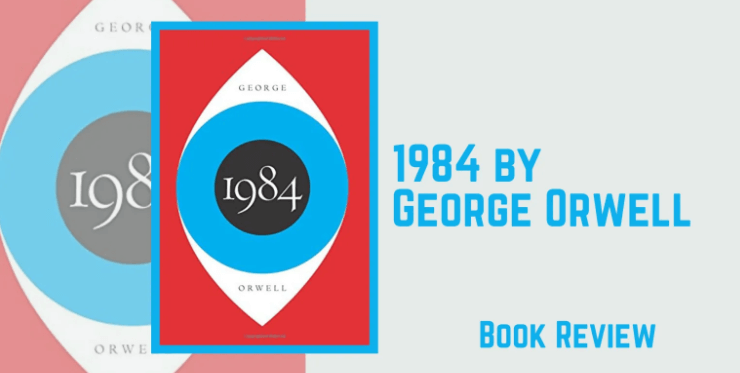 The world in 1984 is a fantasy world. But when different people enter the world, everyone feels differently. So here are some excerpts from different readers' comments which can give you a better understanding of this book.

How to Get The Book

PDF Format: You can get the e-Book of 1984 in PDF version by clicking here to download.

Animal Farm is an allegorical novella by George Orwell. The story and language are very simple. In 2005, Time magazine chose it as one of the 100 best English-language novels, and the book ranks at 31 on the Modern Library List of Best 20th Century Novels.

Both Coming Up for Air and 1984 start with small characters, describing the lives and thoughts of the small characters. Reading both of these novels in tandem reveals the way World War Two solidified many of Orwell's beliefs about totalitarian governments and the pitfalls of modernity.

To Kill a Mockingbird and 1984, are good examples of books that narrate the lives of particular people who go against society's teaching and expectations. Both books tell stories of people that followed what they believed and tried to do what they thought was right by going against what was expected of them.

1984 and The Great Gatsby are both influential literary classics in the 20th century. Its prophecy of transcending the times has affected a generation. They have become a great moral force in European literature and important civilized enlightenment books in European and American countries.

The year 1984 has come and gone, yet George Orwell's nightmare vision of the world we were becoming in 1949 is still the great modern classic portrait of a negative Utopia. If you like science fiction, then the 1984 novel will be a good choice for you.